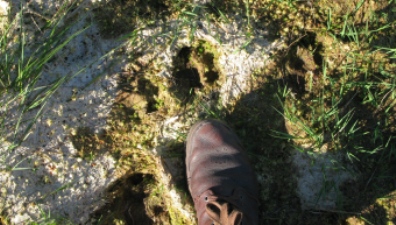 The tracks of leopards in one of my study areas are persistent, especially at drinking sites where they also ambush prey species such as deer and foxes. 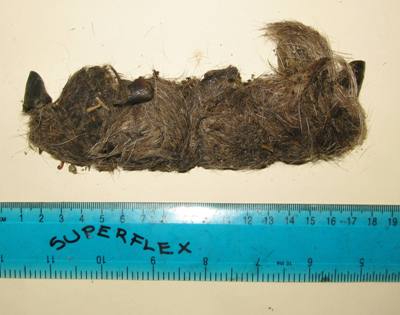 In another of my study areas,large scats often appear at regular intervals and at the same places. This scat contains the hooves of deer.

Most naturalised large cats within Britain time there breeding cycles to seasons allowing births of cubs to happen in the warmer start of the year, and when there is more food available. all cats and most mammals do this for obvious reasons. leopards and pumas here are most likely to mate in January or February .If a cat looses its kittens or cubs early then they will come in season again meaning that cubs may be born at more inconvenient times.I managed to get out briefly a few weeks ago and managed to record both puma and leopard activity within the same area on one day. there had been many reports of a pair of puma cubs apparently alone perhaps just left mother, whilst a female leopard was active in the same area and a large male black leopard was seen several times by other members of the public. 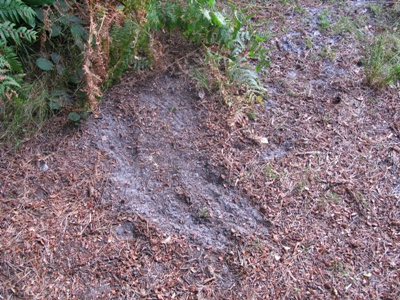 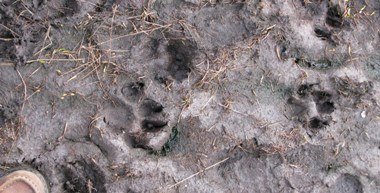 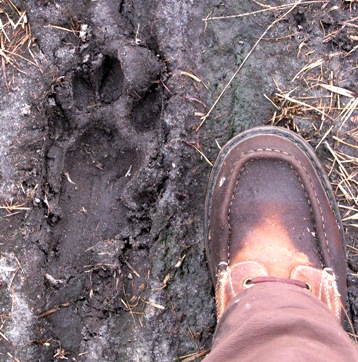 Fore feet of large cats are usually wider and slightly larger than the hind feet which are slimmer and the toe pads are more angles especially in females. 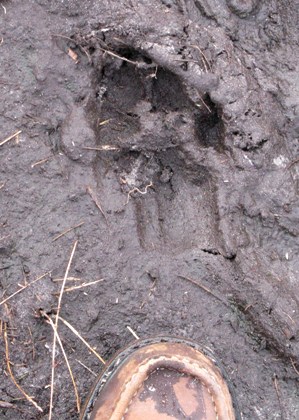 Leopard and puma prints were in the same locality and fur was lying in the middle of the path suggesting a fight had happened. This is more common than people think. 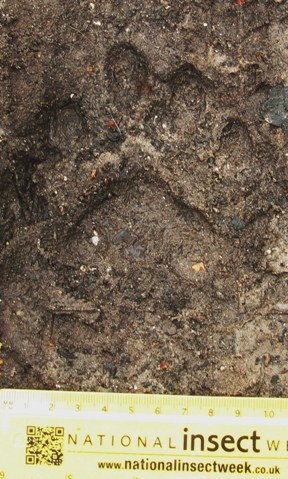 The tracks of male and female leopard 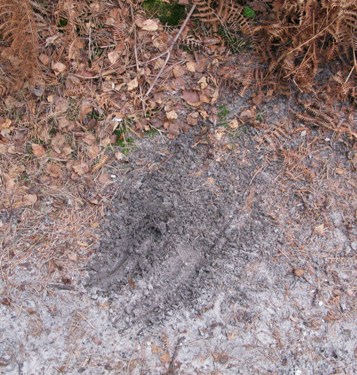 Scrapes are an integral part of large and medium cat territorial marking. they do it by scraping the hind feet into the ground making furrows with a mound of earth at one end and laying scent from glands in the feet. this acts as a visual and scenting mark. Cats do this when especially other animals are near the same areas. they can act as a boundary or reminder that the territory is taken or mark from males to discourage other males or from females for other females. Most scrapes are probably from females if they are consistent in the same places every few days. Males will mark less often as they have larger territories but tend to mark in similar places. Scraping increases with meetings between rivals.

Here are a few of the casts that I made. 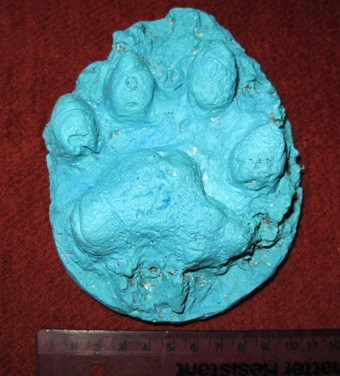 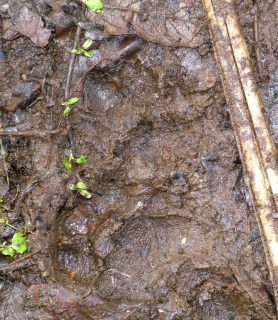