Last weekend,The Autumn equinox saw the first of its kind to be held in the county.The idea was to invite all the main big cat researchers to one venue to share their data and to discuss the future of the way in which we would like to go about researching and studying the phenomenon.We invited twenty leading researchers from across Britain to attend, but numbers were not as high as expected, but still with sixteen people attending wee had a brilliant time.One of the highlights of the event was to search for cat field sighns within the Purbeck areas, in fact just outside the venue was active big cat country, and one reason as to why I wanted to have such an event here was because of the amount of evidence on our doorstep and and to show other people how to look for the evidence.We found enough. 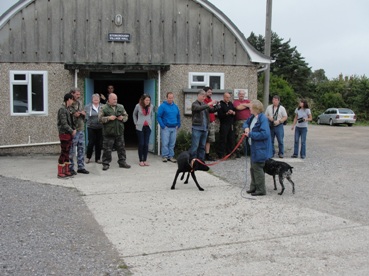 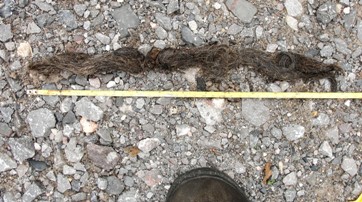 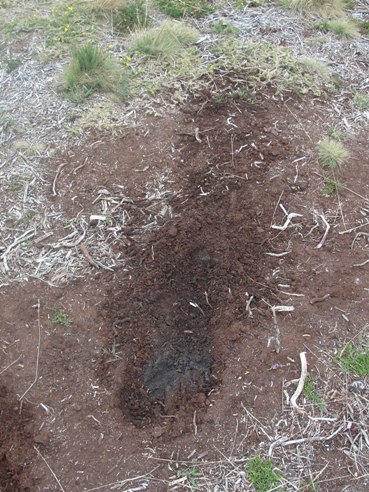 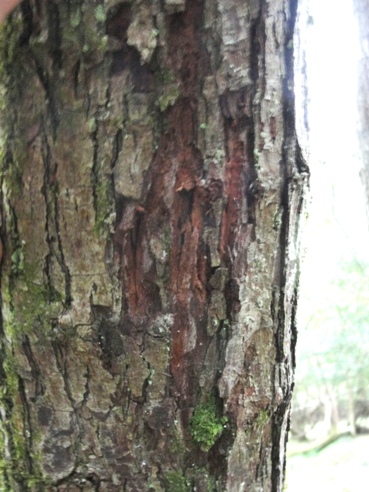 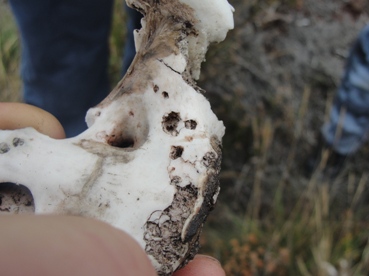 The top photo shows the delegates at the venue. We were testing if dogs see the shape of large cats.These German short haired pointers did to some extent but they knew that they were not real !

The second photo shows a typical large cat scat found in a place we call leopard valley, a small area of dense heathland with stream and vegetation. The scat is fourteen inches long and contained just the hair of sika deer.

The third photo is of a very fresh scrape from an area where a large male leopard regularly leaves his mark above the area where one of his females hunts and leaves her marks on the ground. We also found two paw prints, one actually within the scrape, along with eight claw marks, and another a few meters away.

Photo four, shows tree marking by a large cat scoring down the trunk of a small tree.Usually cats choose smooth barked trees such as beech, sycamore or ash but in this case a willow makes do. The annual deer rut often has an effect on the large cats as food is easy to obtain and territorial marking reflects their keenness to remain in any given area where many deer are pre occupied with mating and rutting. The smells of the deer within the woodland and heaths turns the cats on even more than usual and it is a time to find all kinds of field evidence.At present the sika deer rut has hardly began so I look forward to finding more evidence within the coming weeks.

Photo five, shows remains of an eaten deer showing the tooth pits of the carnassial teeth on the pelvis of a sika deer.

One thought on “The Dorset Large cat conference”