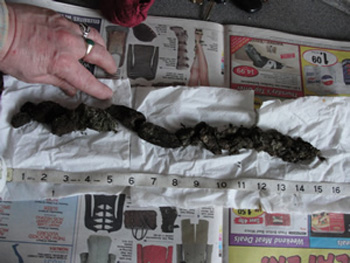 This is one of the many scats that I find in the areas where the large cats roam and hunt. They are rarely buried by placed in the open usually on the edge of well used paths. Some places are used over and over again. One deposit site has been used for seven years, with a break of about one year. 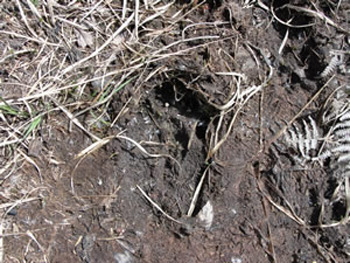 This female leopard has a small territory and roams around a large area of dense forested heathland. She may use man made quarries to give birth and house her cubs at a very vulnerable age before moving them a few miles onto the heath. 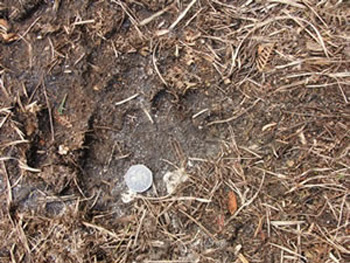 The male leopard moves over a much larger area and I think that he has at least two females within his territory. I less frequently find his spoor and he does not seem to keep to the same pathways or game trails. 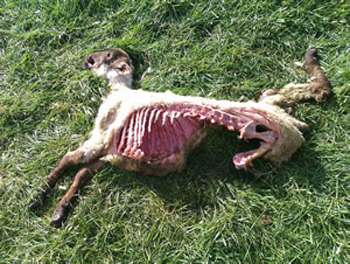 In Dorset the cats seem to feed mainly on wild animals but I am often contacted in regards to livestock killings. They are often killed by domestic dogs but about one third of my investigated kills are the work of large cats, such as this one on a north Devon farm belonging to John Garthwaite. The consumption of flesh and bone is very clean and maybe more than one animal has fed. 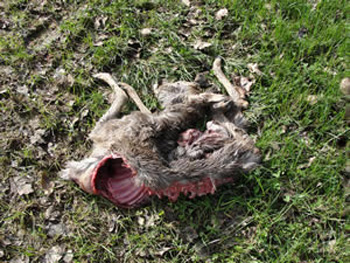 This carcass of a small roe was found by me on a road verge;  it was killed by a vehicle. I decided to move it into an adjacent field and returned two days later to find that it had been partially consumed. 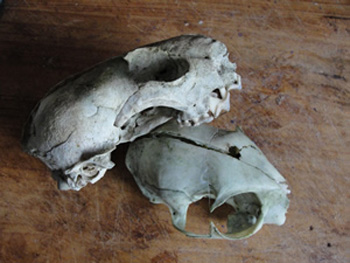 In some places where large cats regularly hunt, there are good ambush sites and the cats seem to  be successful in making a kill. Bones may pile up and in one spot, among the common deer bones, were those of badger and domestic cat. 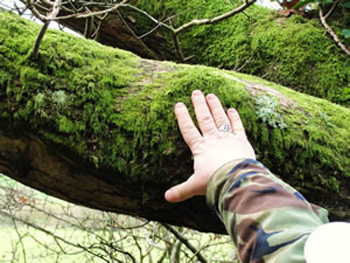 Leopard seem to spend a lot of time in trees and even here the UK many seem to do so although seemingly not as much as their counterpart in Africa or Asia. They leave wear marks on moss on oak trees, their favourite resting and lookout tree in the UK. The oak has thick sturdy horizontal boughs. Remains of their meals can be found at these sites such as fur, skin and bones, often fallen to the ground beneath.