Below are a few photographs of UFOs that I have taken over the years: 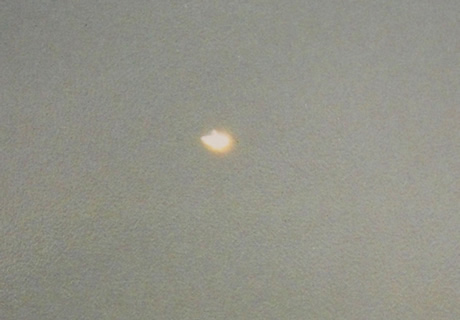 This is a craft that I photographed over the sea in Poole bay 2002.It hovered at dusk and made no noise. 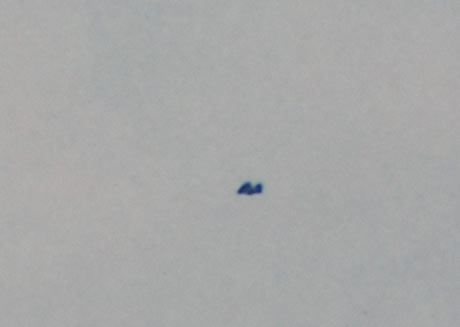 This craft was very high up above Poole harbour in 2004 .The day was windless and warm and the vessel was above the middle of the widest part of the harbour above the water. It remained motionless for approx 20 minutes. The original photograph was on old slide film and on the slide were tiny round saucer shaped craft seemingly shooting upwards towards the larger ship. I was on a boat and although there were about twenty other people on board no body else saw it except one man and only because I diverted his attention to it. 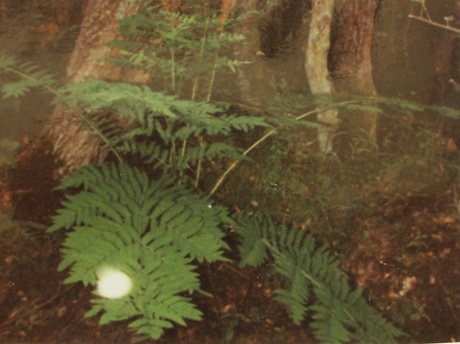 This strange ball of light appeared on a photograph after it was developed. I did not see the light at the time. Many strange phenomenons are not seen by people at the time of taking photos or films but appear later. Cameras, especially digital are very sensitive and seem to be able to pick up phenomena. The photo below is of a U.F.O speeding across Purbeck and Poole. I took this is 1997.The next photo below is of a spinning top like craft that often changed shape. It was very big but far away. The bird in the foreground is a common buzzard, and it was at the nearest I could possible focus on. This was taken during February2012.
Below it is a photo of two craft flying very high. They were rectangle in shape and with them were many smaller white orbs of light behind the clouds. These objects were above one of the highest hills in Dorset during 1984.
If you scan the skies on a regular basis, especially with binoculars, you will see spacecraft or probes doing there jobs high in the sky. The more you look, the more you will find. U.F.Os can be seen at any time but obviously clear skies are best for observation and coupled with no wind. I tend to see far more during the summer than winter, with more during spring and autumn. Certain places seem to have many visitations. 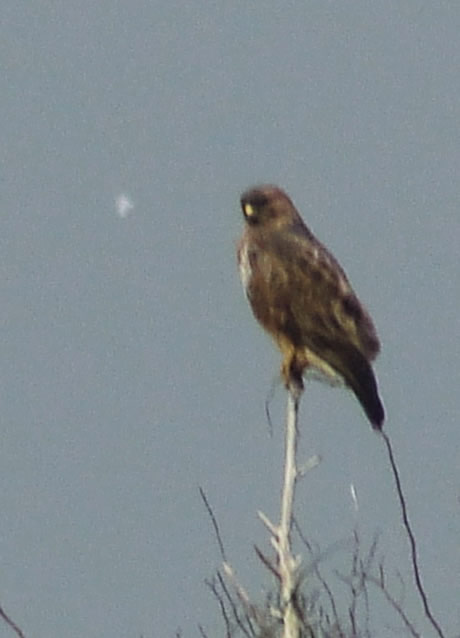 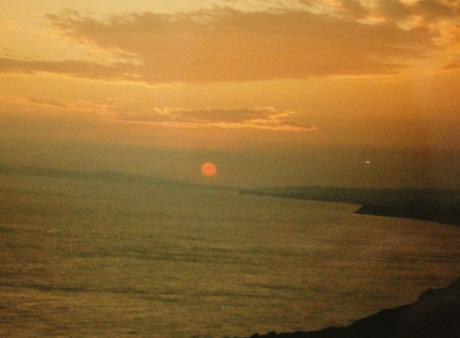 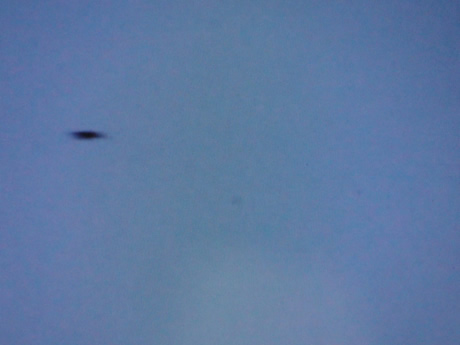 Below is a still from a piece of video footage. I was out looking for large cats at dusk on 21.3.12, when I zoomed in on a buzzard gliding over the Purbeck coastline when I noticed something behind it going the opposite direction, very, very fast. I panned the camera round to catch the object but it was too fast and vanished. I was clearly aware that it was not a conventional aircraft or another bird, or even an insect. I had my suspicions and waited till I got home to view the film on my laptop. I took a variety of stills and can clearly see not one, but at least three small objects travelling alongside the first one.

Here in the still below, one can see at least one craft whizzing off to the right of the buzzard. 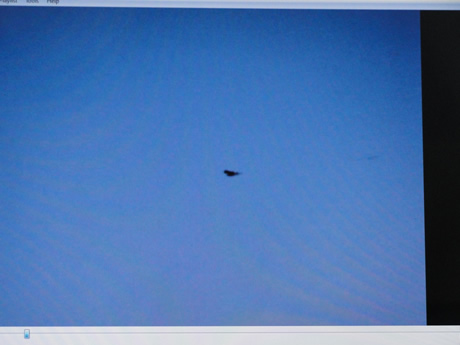 In the third photo, one can see one of the craft shooting along to the right of the buzzard 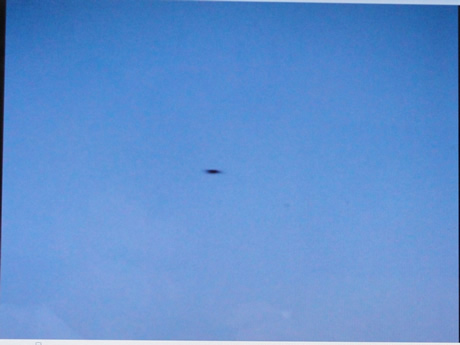 In the photo above, one can see at least three, maybe four or five craft. They are very small and hard to see. It was hard to tell the real size of the craft but they were high up and came from the direction of Bournemouth or Christchurch and travelled at an angle .They were travelling at many hundreds of miles an hour at least. Below is another still from the actual video.
The craft appears when the buzzard comes into focus for the second brief time. You have to be quick. Below that is the original footage.

The stills are displayed on my laptop whilst I was playing the clip, and I paused it to photograph the still, hence reflections of myself within the picture.