Over recent years, I have noticed a lot of U.F.O activity over Poole harbour, especially in good weather conditions. During the summer of 202o, all kinds of invisible craft were operating during the daytime with cloaking. Many photos were taken on seemingly clear blue skies with nothing in, but on closer inspection of photos, strange shapes would be seen. 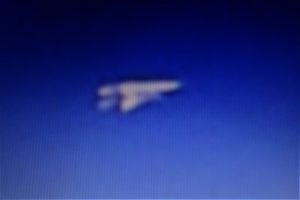 This object was visible in daylight at 18.30hrs 17.4.21. It was glowing bright and twisting and turning similar to an out of control balloon, but when i looked through binoculars, I could see that the shape was wrong and it seemed to change its shape as it rolled about the sky, very high up. It came quickly lower and nearer where it then disappeared from view. I took some video footage of it and then took still of that. this is one of twenty stills that show it in all different shapes. this is the best one. there was no sound to it and it seemed as though it was light material. It could have been debris from an airliner but it seemed to have power of sorts and it didn’t seem to fall to the ground , but overshoot the house and disappear over the harbour. 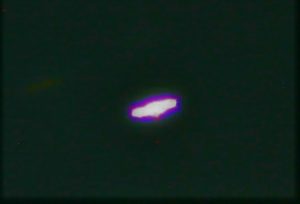 This object slowly moved around the sky after 11pm last summer. It made no sound, and had many coloured lights, none were flashing 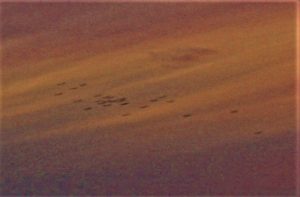 Fleets of ufos seem to be more commonly seen by many people these days. this was a fleet over Lytchet bay and Upton last summer. Sunset seems to be the best time to see ufos and they seem to hide in front of the sun or the sunsets. this was one of two photos I took. They moved so fast yet I had very fast camera shutter speed. more often than not, one doesn’t actually see them until later scrutiny of each photo of sky or sunsets. 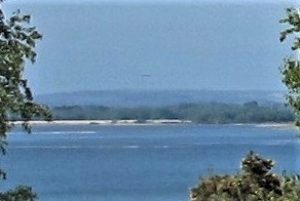 June last year, A stationary craft was invisible to the naked eye and just appeared in the photo. All I could see was a small white light. 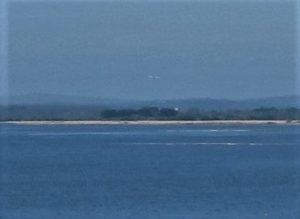 A few seconds later the craft shape shifted into this. 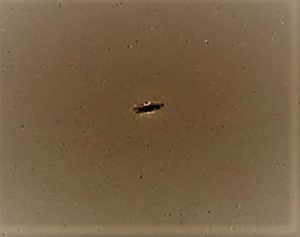 This craft was moving at speed across the harbour during daylight . As often happens they appear in photos of birds. They move extremely fast and are not seen by the naked eye, only on close examination of photos later. Some of them fly faster than flies or other insects and are often large, the size of a car or larger and others seem to be the size of an armchair.