Footprints in the snow

This winter we have had snow, very unusually and lots of it. it is of course a good time to get out and track wild animals. One of the most surprising aspects of this field work is to find the evidence of animal of which were not thought or believed to exist in certain areas. Many naturalists fail to do the field work and if they did, then they would also find evidence of exceptional importance. 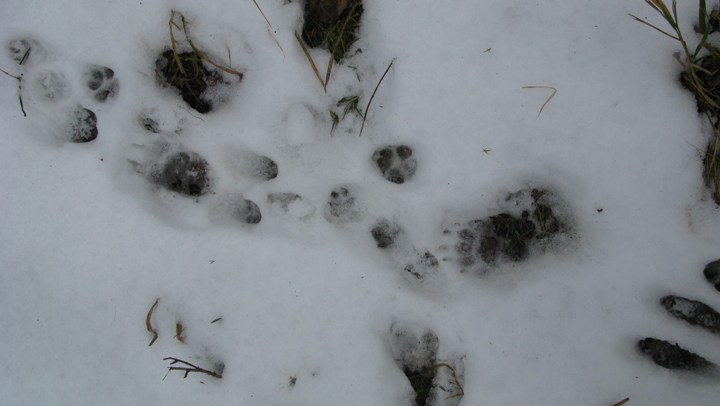 In this photo, one can see the footprints of several mammal species.There is polecat, pine martin, badger, fallow deer,fox and brown hare. These prints were found in cranborne chase in Dorset. 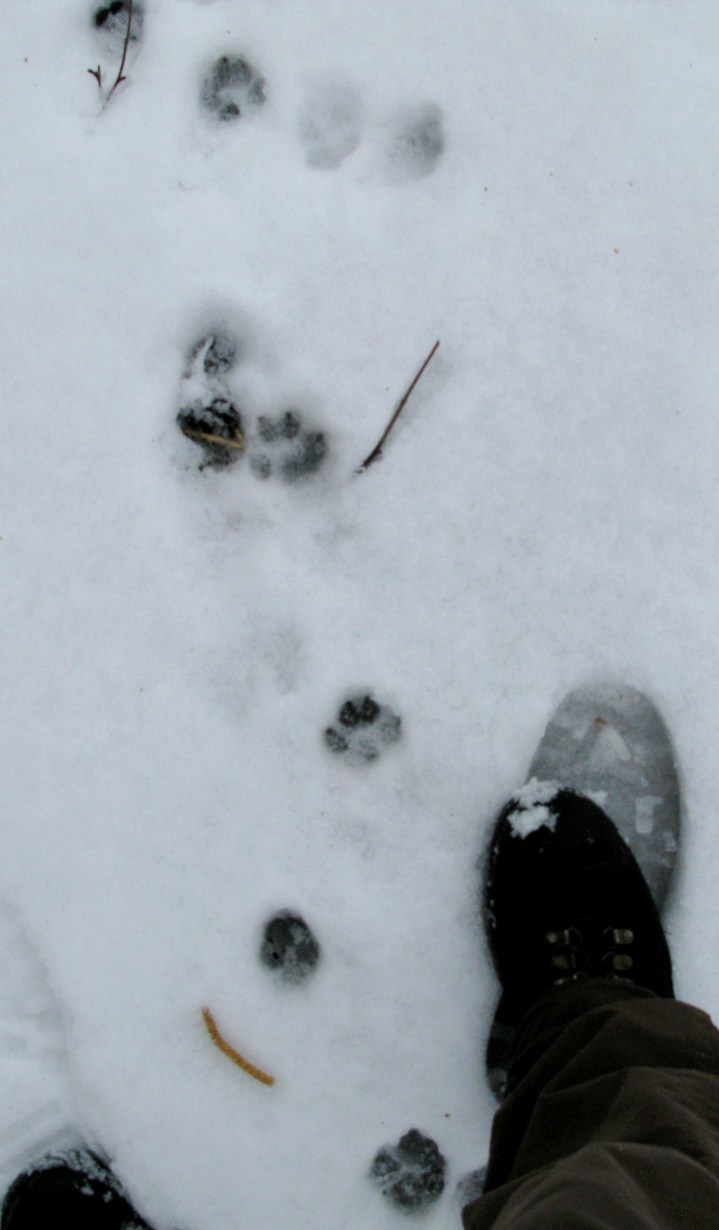 These are the footprints of a wildcat, no not in Scotland but here in the south of England in Dorset. wildcats have always survived here, despite the constant belief that they have not done for about a hunderd years or more. I have found a road killed specimen of a eight week old kitten that was as large as a small house cat and its teeth had not yet erupted through its jaw. this kitten was larger than a hen pheasant( see previous posts for photos) in big cat section.the footprints of the Eurasian wildcat are slightly different from those of the domestic cat by being more lynx like, and larger. These were six cm in length and followed a hare across woodland and open field.the print above the first cat print by my feet, is that of a fox. 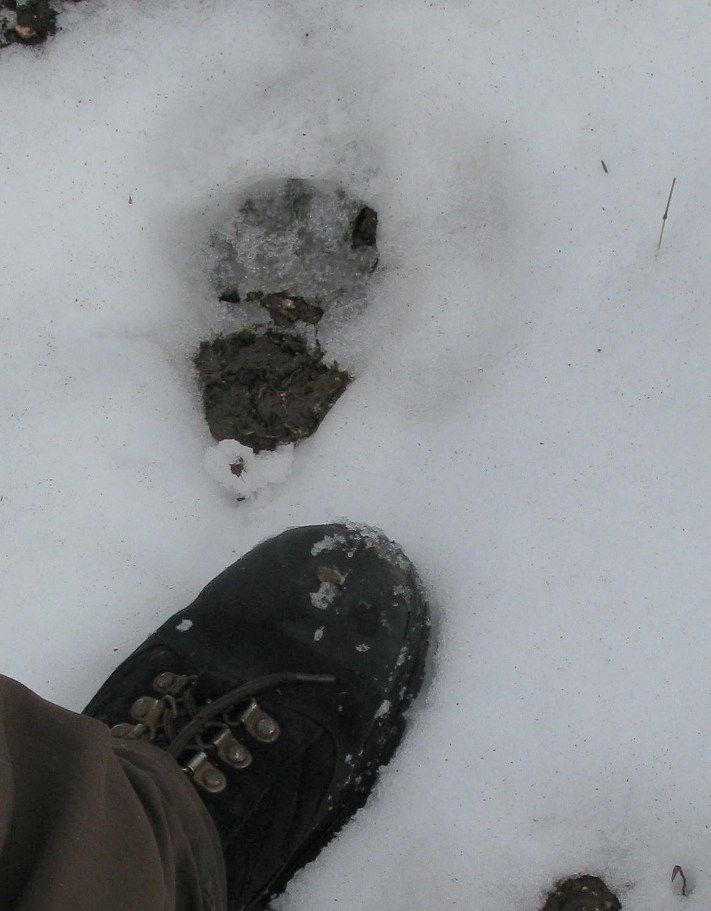 this is a print of a leopard as it leaped over a bank and barbed wire fence, clearing six feet of snow. 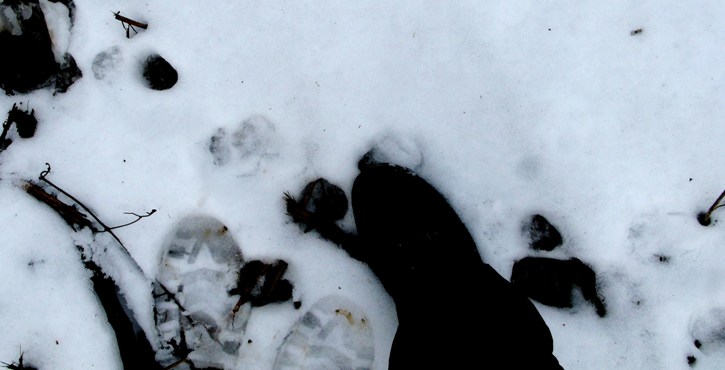 this is typical pine martin prints. Often especially in the North of England or Scotland the martin grows thick fur between its toes and usually the pads are not so clear. down south, we rarely get snow so the martin has lost this evolutionary trait to deal with cold and snow, thus the toe pads are more clear. I found the prints of two individuals at the same place suggesting that a female was followed by a male; it was their breeding time in February.