Posted on 2nd August 2016 by jonathan 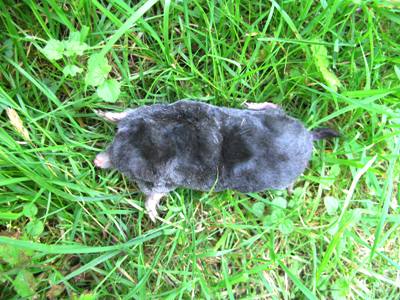 The common mole can be found dead along paths and roadsides now as young animals leave their parent. They are very vulnerable especially males as they are chucked out of the underground nests more abruptly and are forced to cover greater distance as they are so territorial. It is more often males that I find on paths having been trodden on by people who dont even see them, or by deer and horses. Most moles are this colour but with slight variations in shade, but I recently had a report of a blonde mole alongside a normal coloured sibling. I have yet to find an odd coloured mole but there are many reports of pi-bold animals, blonde,yellow, greenish,or white , even jet black. 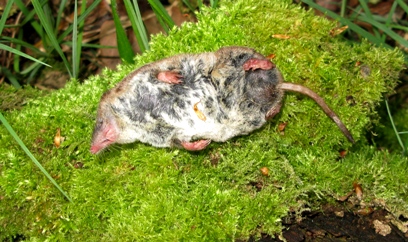 The common shrew can also be found dead and maybe more often than alive, as it is so fast and furious when under cover, it is hard to see them. the high pitched squeaks that they emit are rarely heard by ageing adults. they too are very vulnerable on paths and roads. they also seem to drop dead whilst doing their stuff, as their bodies cannot cope with stress or hunger and they keel over wherever they are. I find many common shrews in paths , sometimes pygmy shrews.Moles and shrews, along with hedgehogs and bats are all insectivores. they are not related to rodents which are usually vegetarian or omnivorous, but only eat invertebrates, usually worms,slugs and snails. moles eat more earthworms than anything else but shrews over power anything smaller than themselves including other vertebrates such as small mice,reptiles and amphibians. 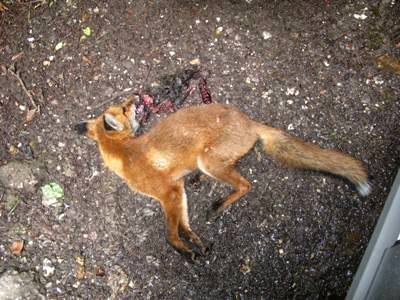 Fox cubs also are leaving their parents at this time and they are very vulnerable to road traffic. I should imagine that two thirds of all fox cubs die within the first year. This cub was carrying a road killed rabbit when it was struck down. People talk so much rubbish about foxes, as well as other carnivores such as badgers.One very nasty lady has just in the past few days accused badgers of killing many lambs and stripping the carcasses leaving only skull and spine! well that seems more like big cat feeding to be honest. Badgers do not eat lambs or adult sheep but they eat worms and bluebell bulbs! hardly a carnivore !yet all these badger haters keep mouthing off lies about hem. They do not even spread bovine tb. All the hype about this subject is very wrong, immoral and must be stopped.

Foxes cannot over populate as most carnivores are self sustaining. Foxes only eat what is available to them, which is usually human waste in the form of food. without foxes,rats,mice and pigeons we would be knee deep in our own rubbish. without all these animals clearing up after us we would also get more disease so lets be grateful for these cleaner-uppers! 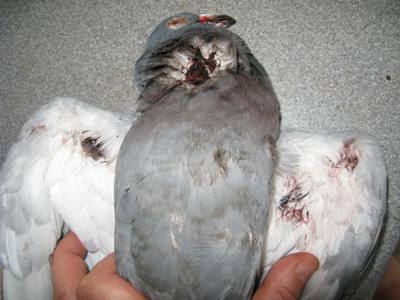 This pigeon was killed by a fledgling peregrine falcon. I have noticed this a lot between July and august when the falcons are learning to hunt they often make mistakes, or hit birds but cannot retrieve them as they are in the middle of town with cars and people. Falcons must be encouraged in all towns to keep down the feral pigeon populations and not be ridiculed by silly people who dont like seeing bits of birds under their nest sites.We must all learn to live with wild animals regardless, and be educated about them. We are always to blame.